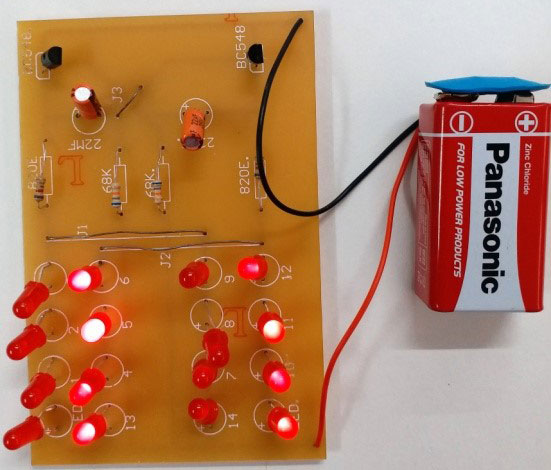 By using a simple two transistor circuit, we can make LED’s dance. 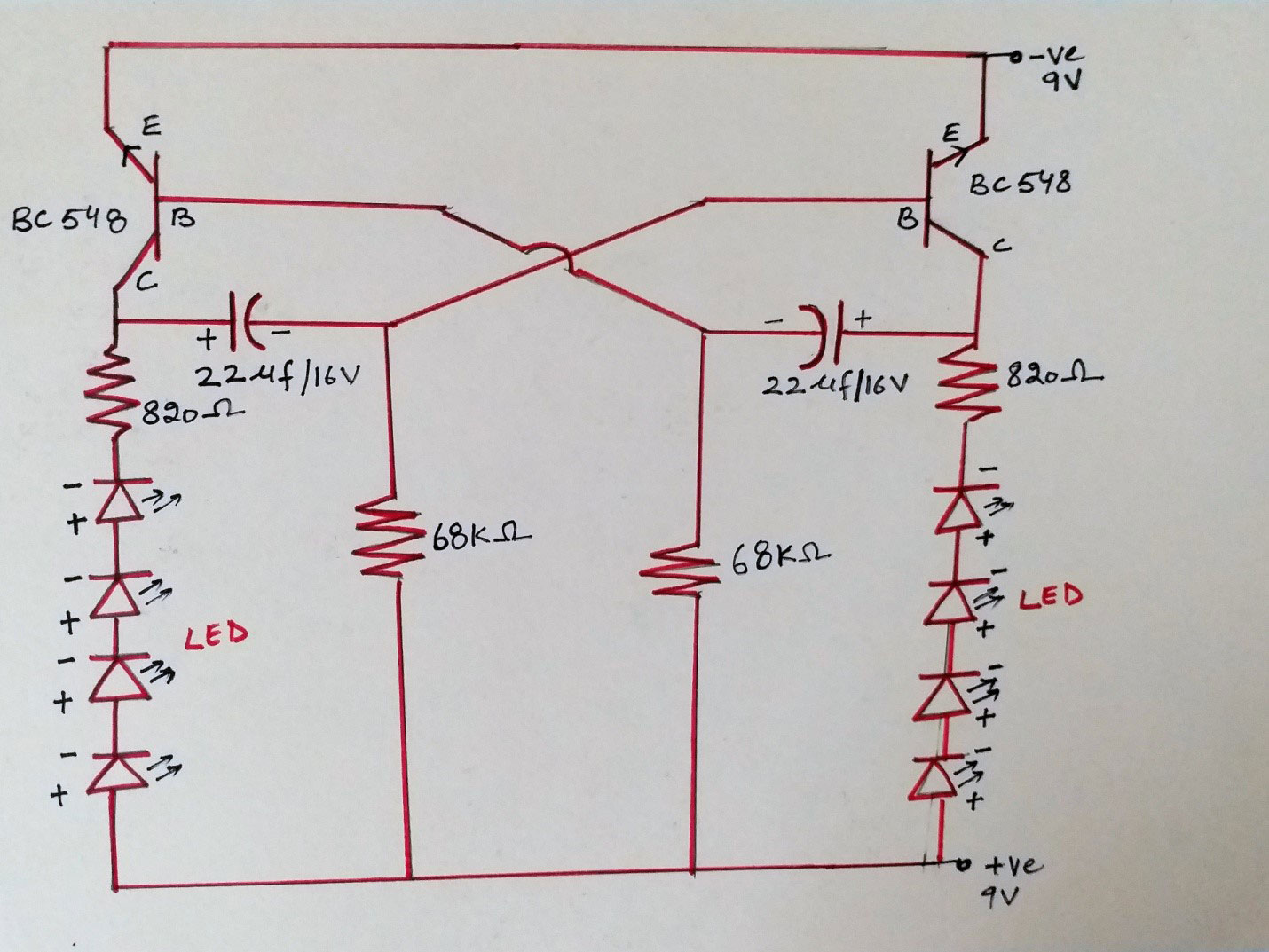 This is the circuit for Astable Multivibrator. Due to continuous charging and discharging of Capacitor, the LED turns ON/OFF alternatively and appears to dance. We have designed a special purpose PCB for this circuit. No wiring is needed with such PCB. We just have to place the components at the designated place on component side and solder them properly on the reverse side (solder side).

On the solder side, there are conducting tracks inscribed instead of wire connections. This makes the circuit neat, crisp and less cumbersome. 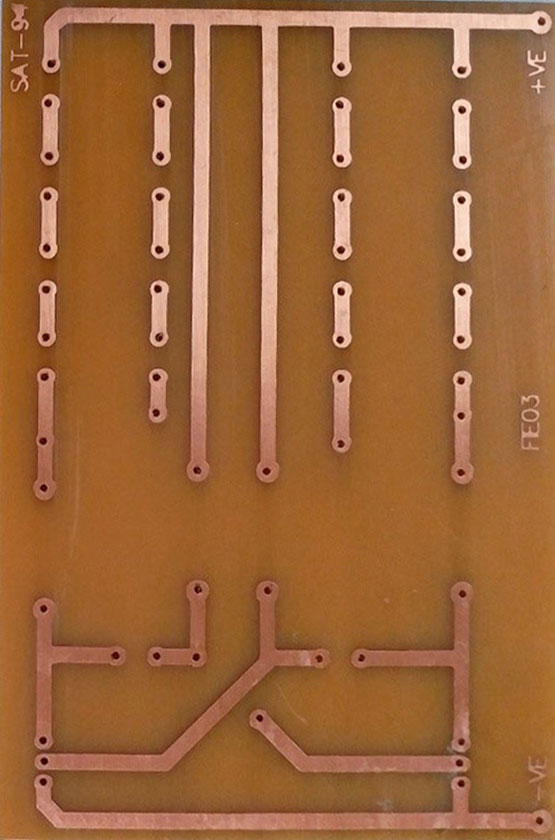 1. First step is to prepare a CID Chart (Component Identification Data). We need to inspect each component of the kit, check its value and mark the polarity. 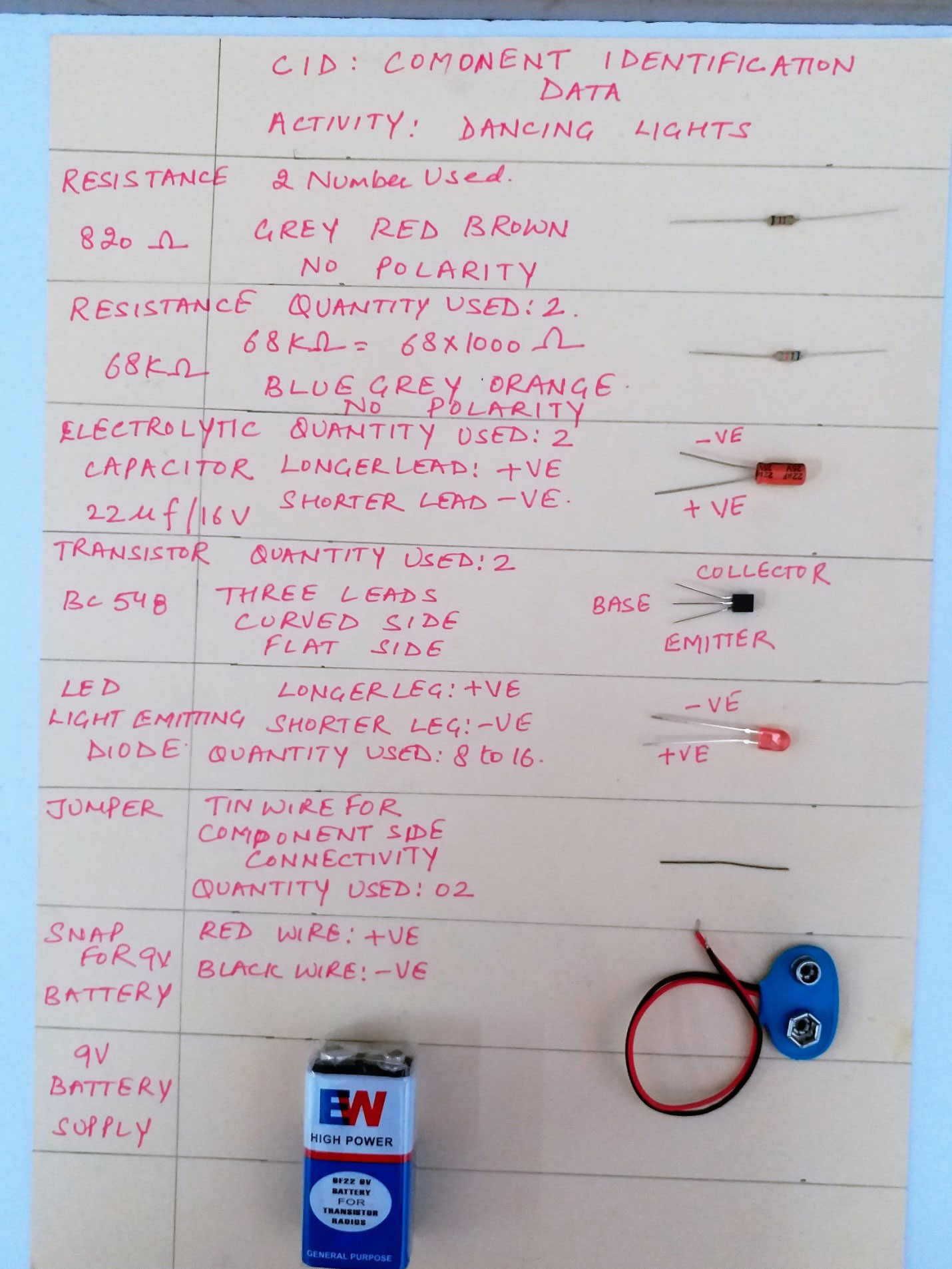 2. Mount the resistance as per their value marked on the PCB. Resistance do not have any polarity and can be put in any direction but make sure their value is correct. Bend the component’s lead after mounting so that it does not fall when we turn the PCB for soldering. 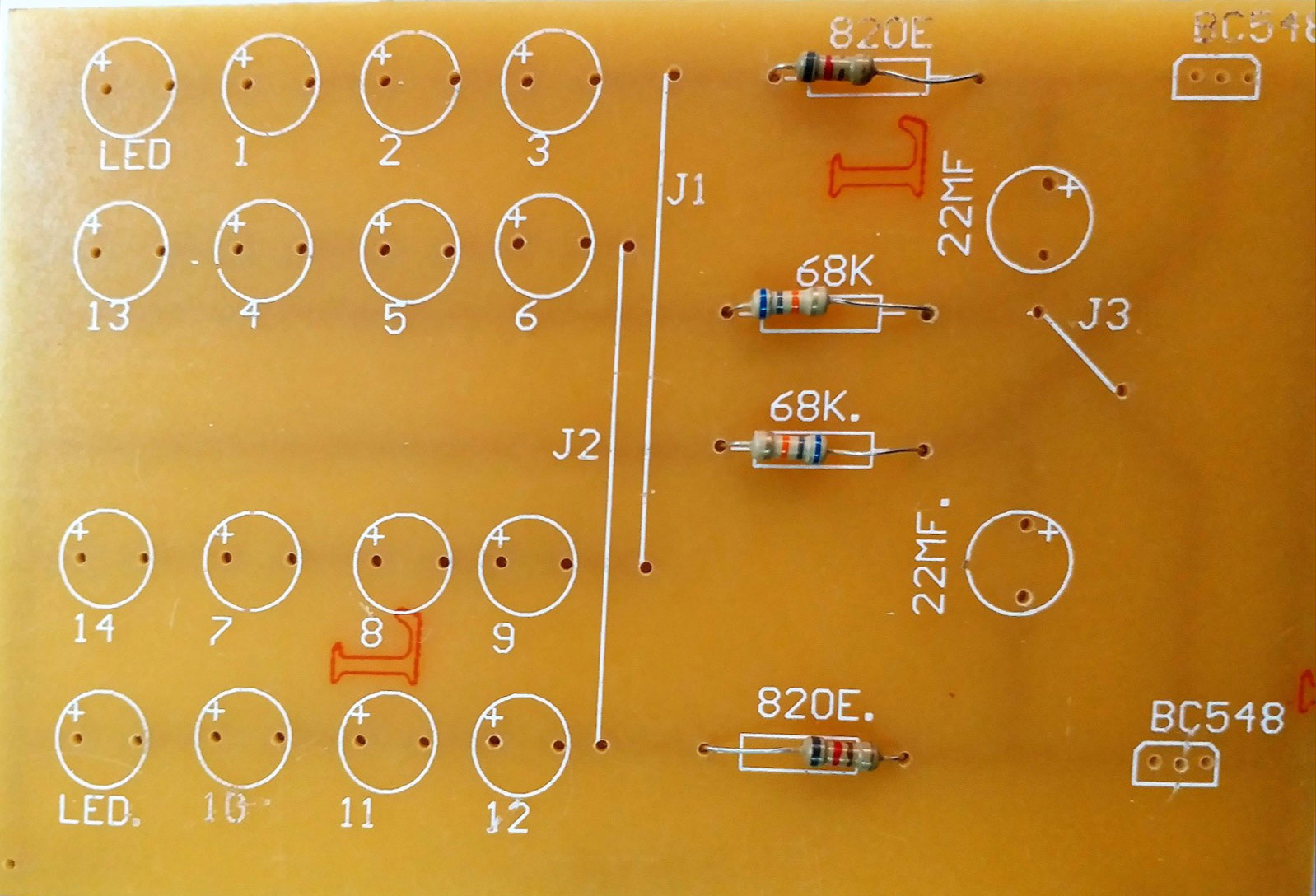 3. Mount the transistors as per their value and match the direction of mounting with the PCB. The electrolytic capacitor and LED are also mounted as per polarity. Bend the component’s lead after mounting. 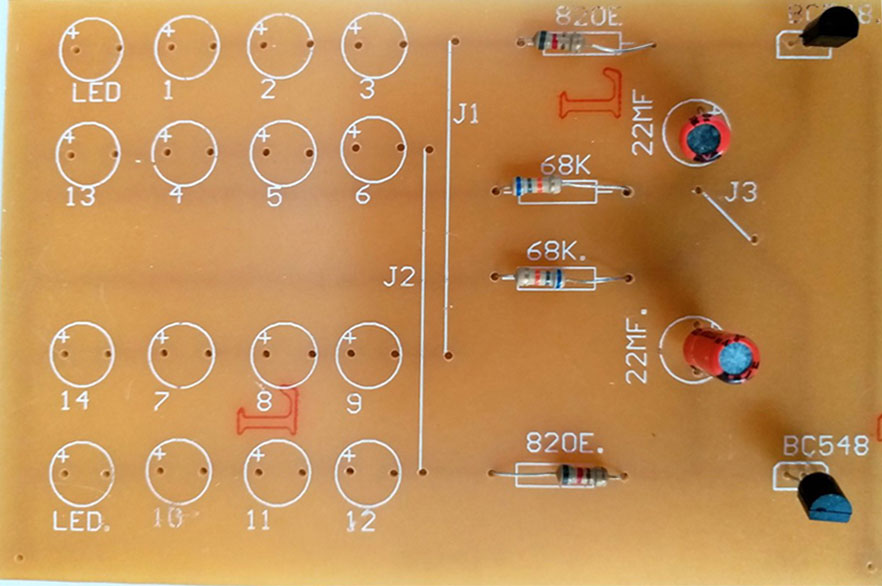 4. Now it is time to insert the jumpers (J1, J2 and J3). A jumper is basically a conducting wire which is used to join two points on PCB to make a connection. Here we have cut tin wire to the size and inserted between the two points.

5. Turn to the solder side of the PCB. Turn on your soldering iron. Let it heat sufficiently. Straighten the lead of component which you want to solder. Solder all the leads. Cut the extra lead after soldering. 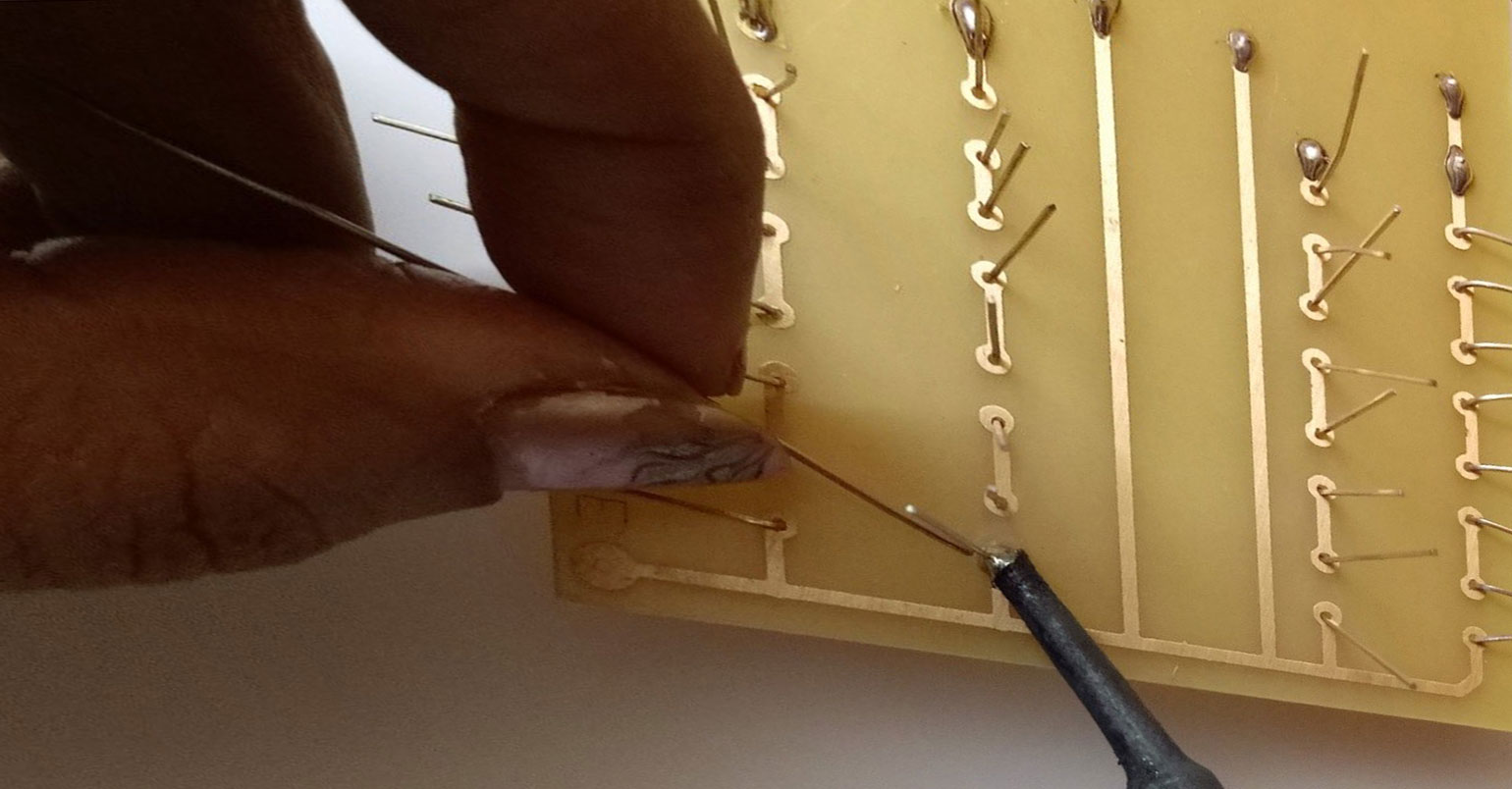 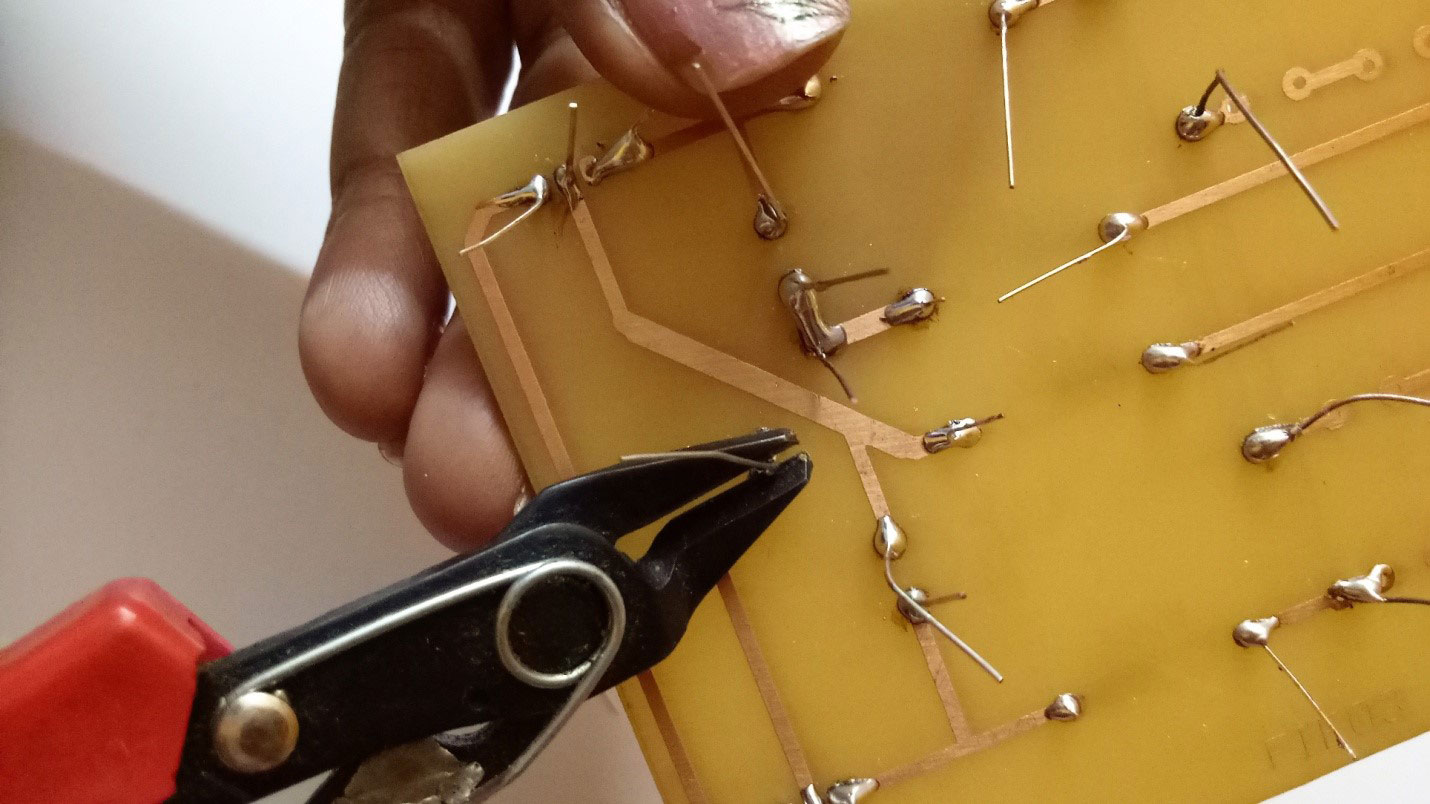 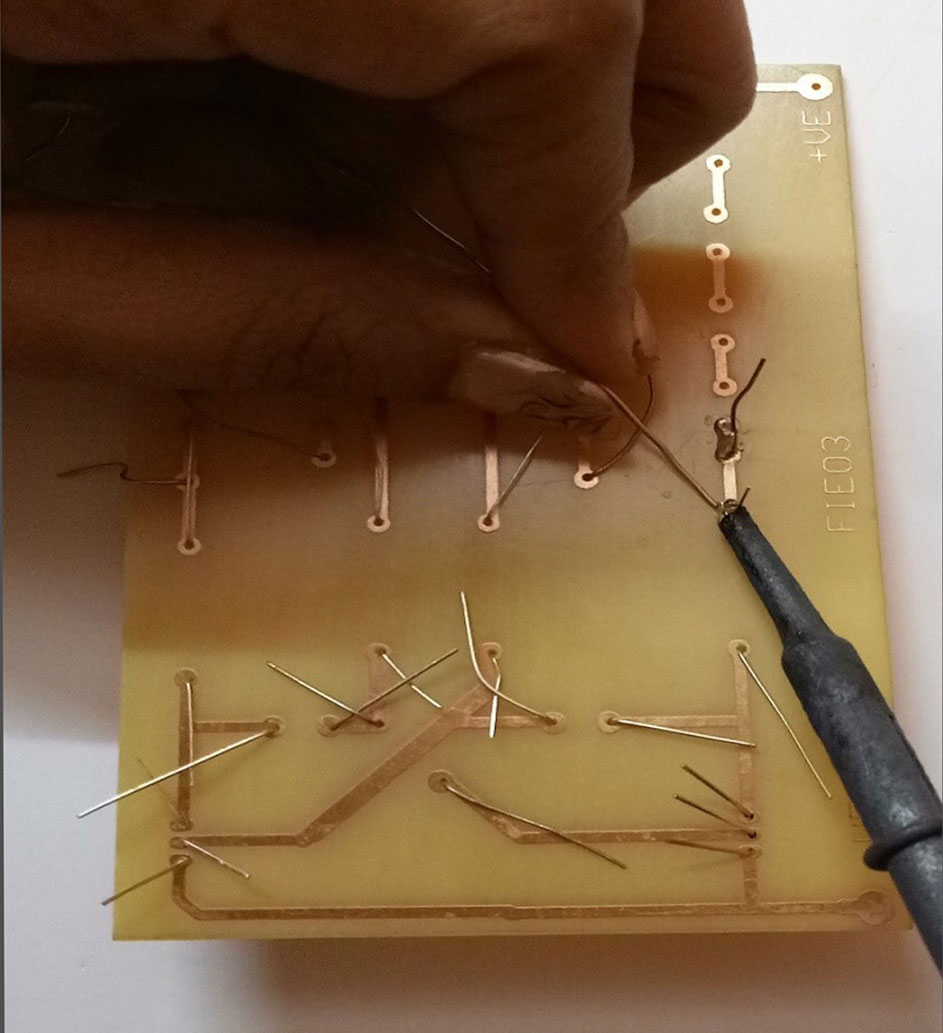 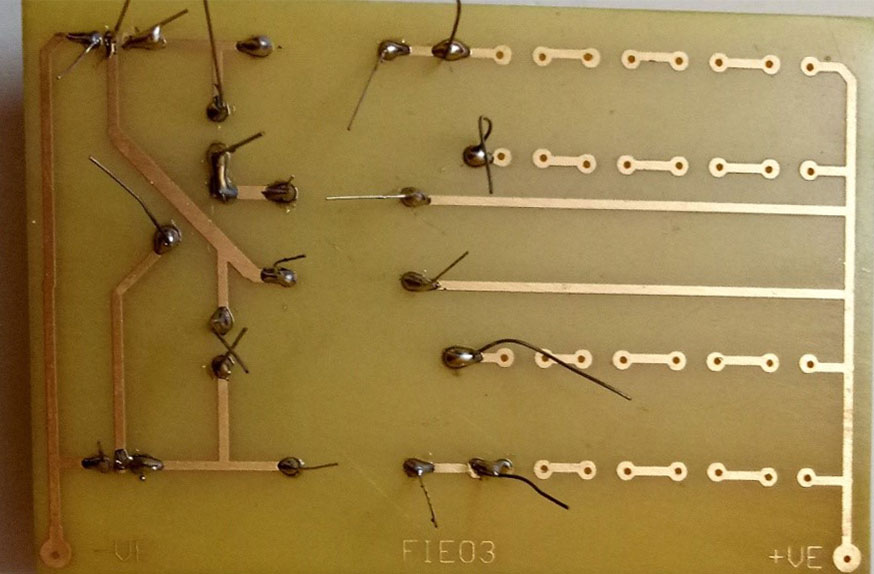 6. Now mount the LED on their place. Insert the longer leg of the LED at the marking “+” on PCB. 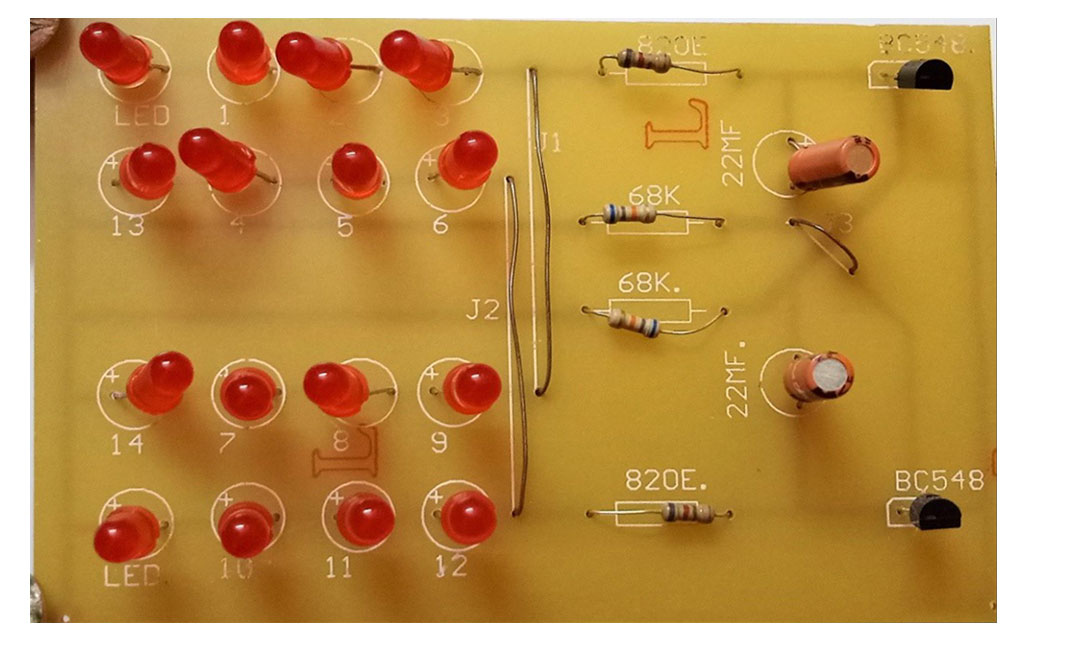 7. Solder the LED after mounting. 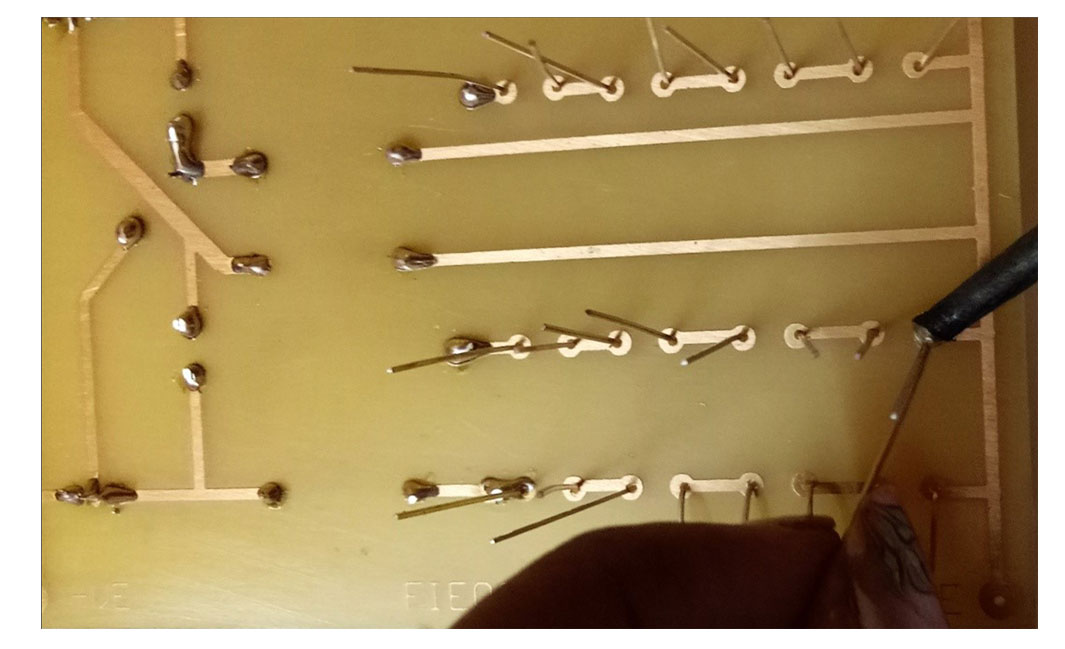 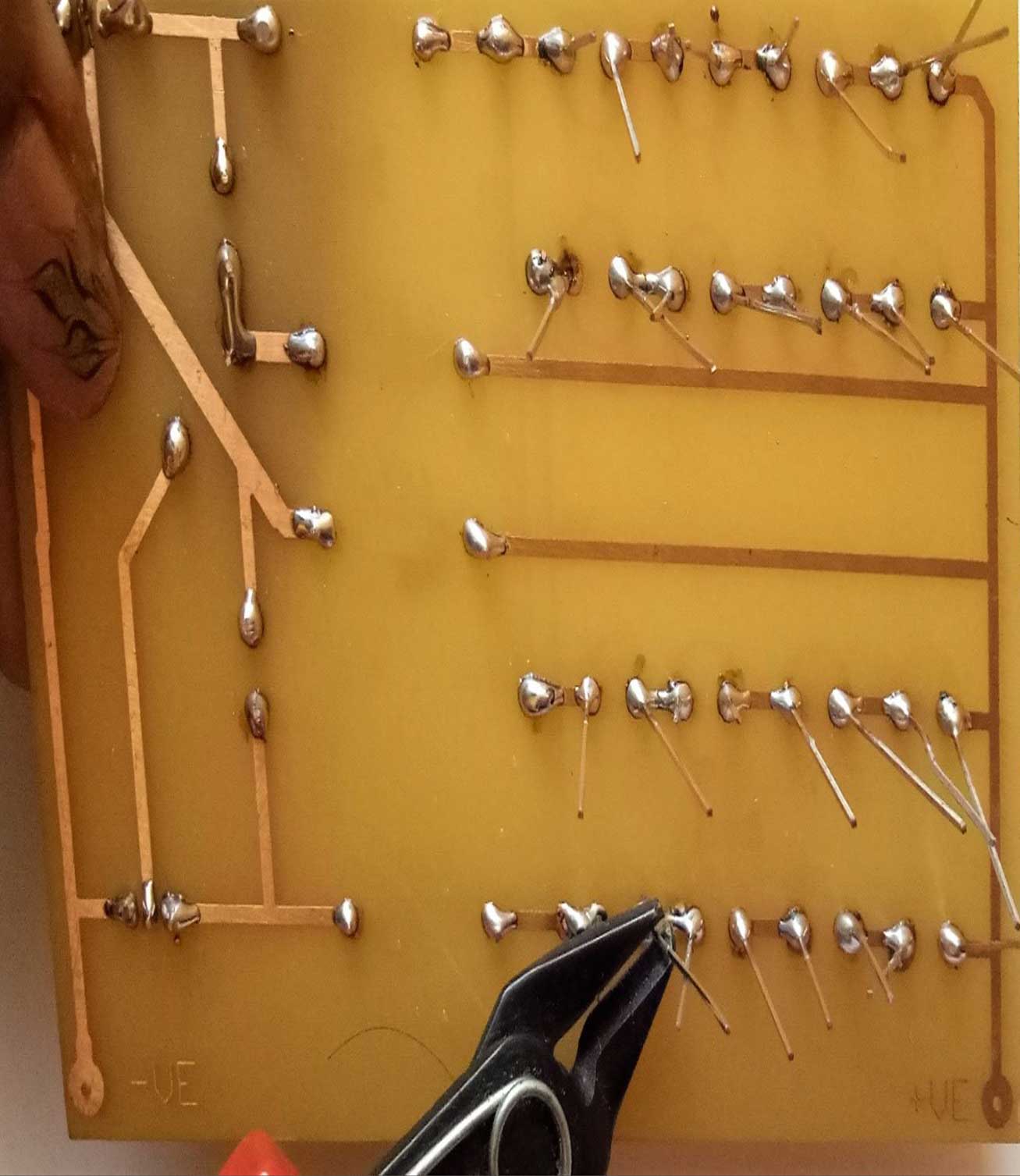 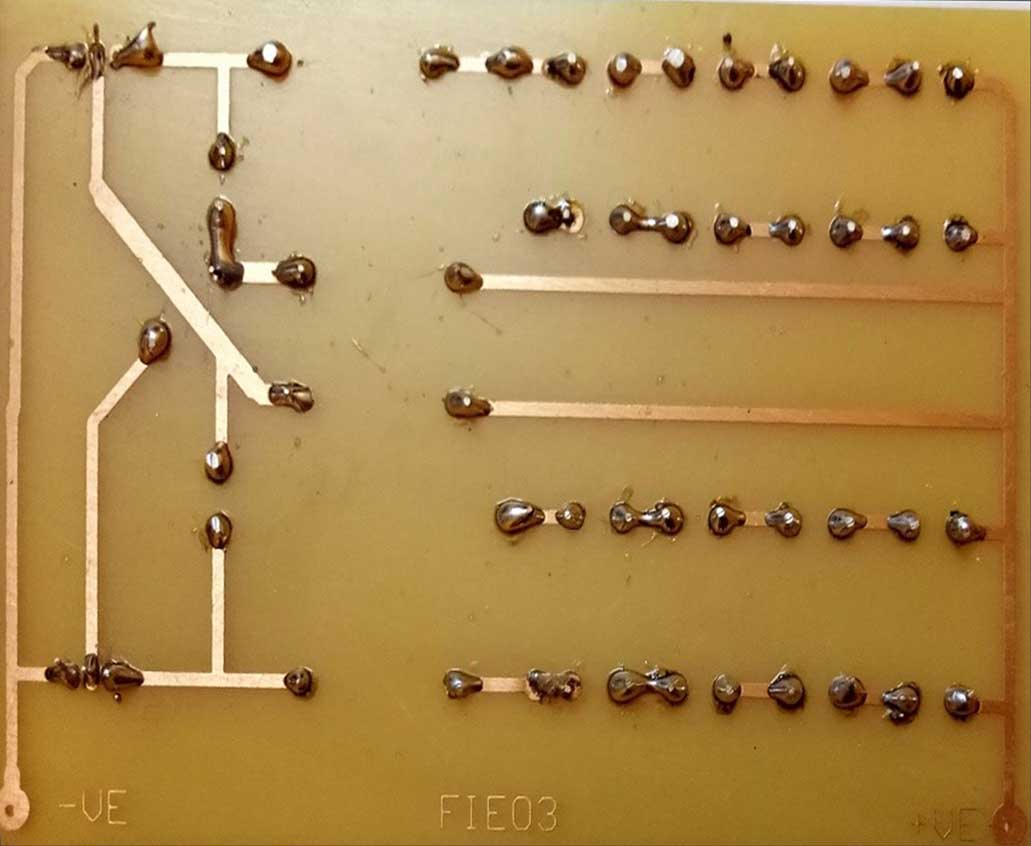 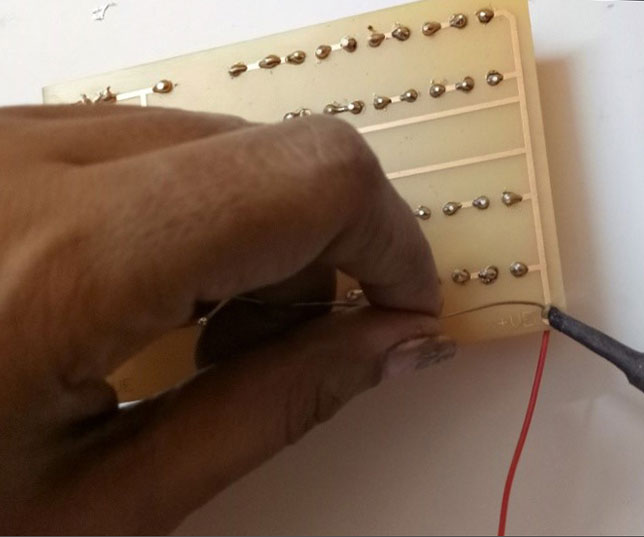 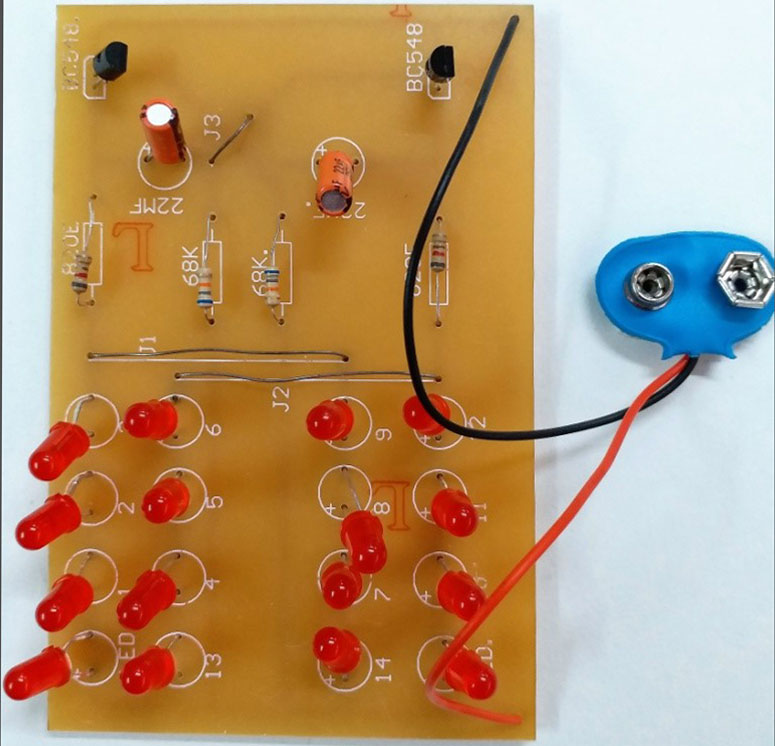 Power the circuit, and let the LED’s dance. ENJOY!!!

Mam I would like to make circuit as I have been waiting to make it since I was in 6th.

you will make lot of circuits in due course of time.