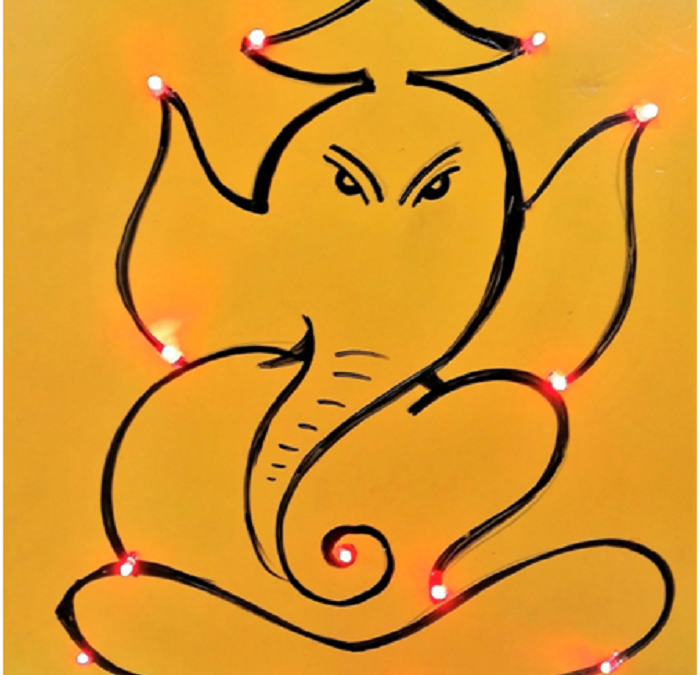 In this activity, we are joining LEDs in parallel connection by soldering to make an interesting display. Parallel connection means the positive terminal of all the LEDs will be joined together and all the negative terminals will also be joined together with the help of soldering using connecting wire. If one of the LEDs is not working or not connected properly, this will not affect the whole circuit. Remaining LEDs will keep glowing. The circuit is powered by two pencil cells.
Material Needed: Vinyl board or card board.

LEDs : 10-15, cell holder and Tool kit and two pencil cells
1. Take half card board and draw anything which interests you, it can be a religious symbol or any cartoon character.
2. Mark the dots on places where you want to put the LEDs. 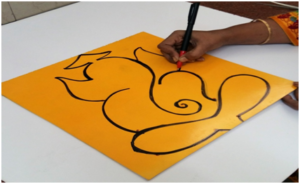 3. Using Tweezers make two holes at place where an LED is to be placed. Insert the LEDs in the holes. 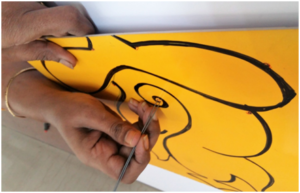 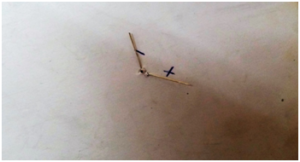 5. Likewise place all the LEDs on the board. 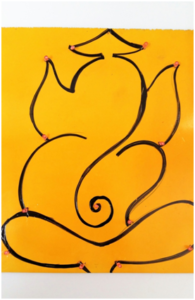 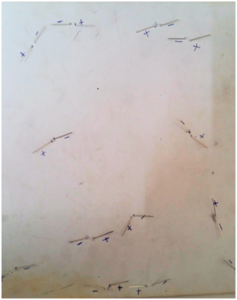 6. Turn On the iron, clean the iron bit and let it heat. Measure the length of the wire needed to join positives of the two nearby LEDs. 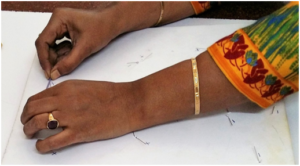 7. There are three steps involved in preparing the wire before soldering.

8. Measure the length of insulating wire such that the legs of LEDs are connected comfortably. They should not stretch. Cut the wire slightly bigger then that length. 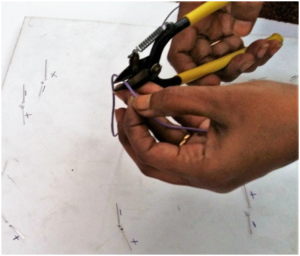 9. Peel 1 cm insulation from both ends of the wire using wire stripper. 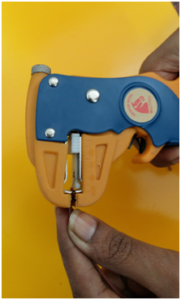 10. Twist the uninsulated ends of the wire with the help of your fingers, so that no strand is protruding out from the tip of the wire. Your wire is ready to be soldered now.

11. Wrap the uninsulated part of wire on the positive lead of the LED. You need two wires to be connected on to the LED’s leg, so wrap both the wires simultaneously and fix it on the lead. 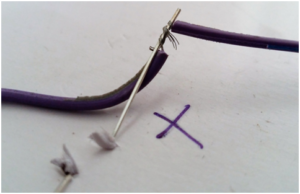 12. Check the soldering iron using solder wire – if it melts, the iron is ready. Hold the iron as you hold a pen or pencil in your active hand and solder wire in the other and solder the connection. 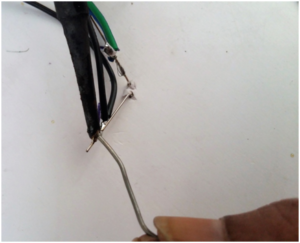 13. Likewise, join all the positive leads of the LED together. 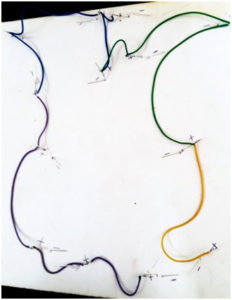 14. Start the same procedure and join all the negative leads of the LEDs. Now we need to connect all the LEDs to two pencil cells through cell holder. Soldering on cell holder is very critical to the circuit and needs a lot of skill. 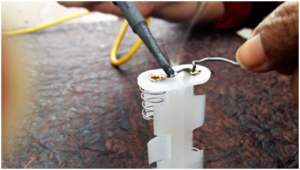 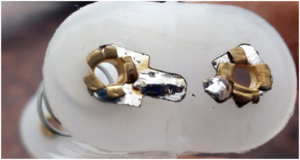 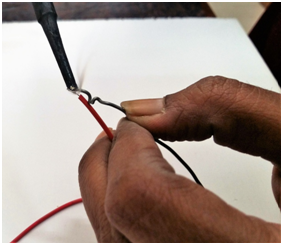 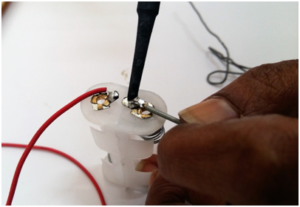 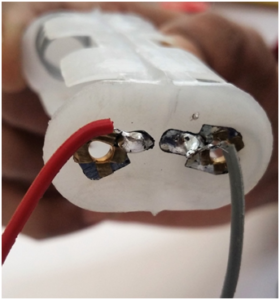 20. Connect the negative terminal (spring side) wire of the cell holder to the negative lead of any of the LED. 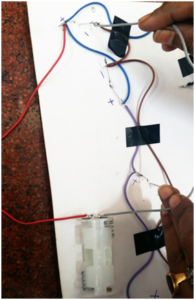 Fix all the wires on the LED board using insulating tape to prevent them from entanglement. 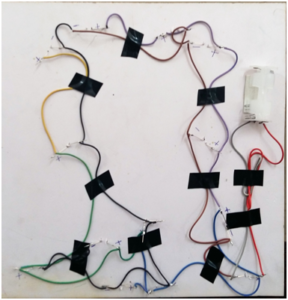 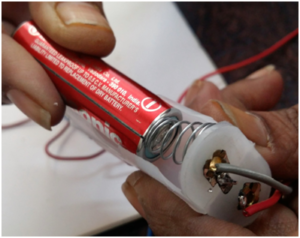 All the LED will start glowing. Isn’t it cool !!!! 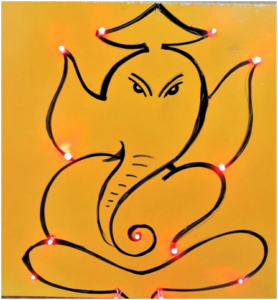 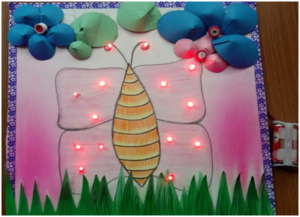 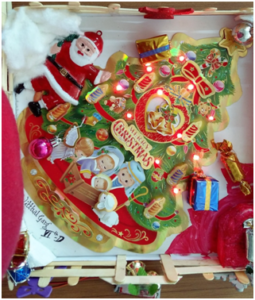 I liked the Ganesh decorated with L.E.D.’s.

Ma’am it was really informative blog. Good job whosoever has maked these.??