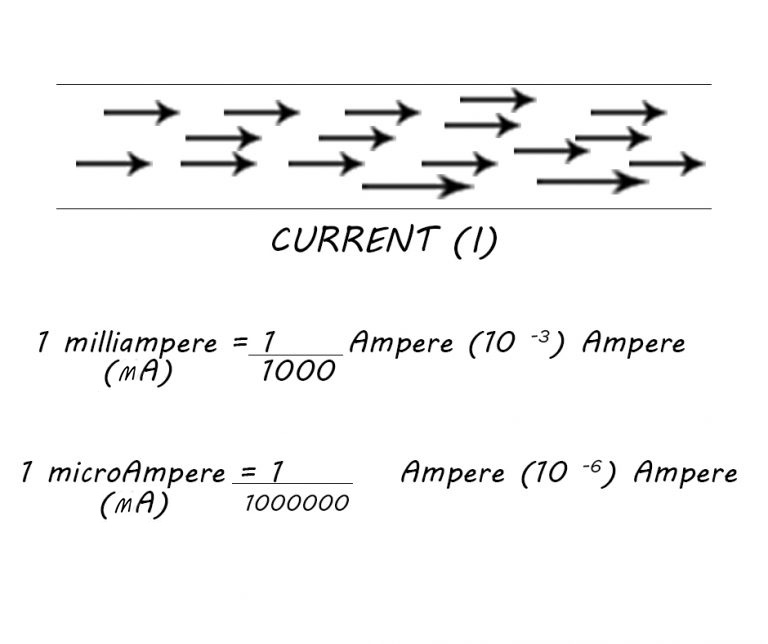 When electrons start moving in one direction, we say that electric current is flowing.

Flow of electrons constitutes current. Water is a good example to explain current.  When glaciers melt at the mountains, water starts flowing in one direction forming river. Similarly, if electrons start flowing  in one direction, current is formed. 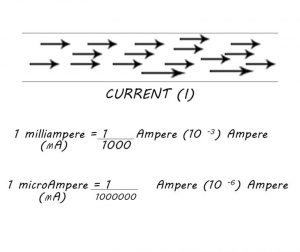 For an electric current to flow, two conditions are to be met.

A simplest circuit can be constructed using a battery, lamp and wires. 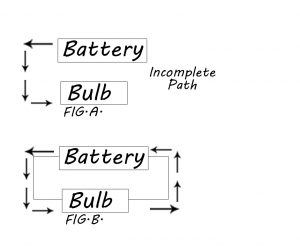 In a circuit with a battery, the battery is both the starting and ending point for circuit. Electrons are released from the battery due to chemical reactions, these electrons flow around the circuit and return back to the battery.  The battery keeps the current flowing, feeding electrons at one end and collecting them other end. It takes energy to do this and so after a while the battery wears out. As current passes through the components of the circuit, things happens.

Very amusing way of teaching…. 🙂 I would had not bothered to leave a comment here but three things here tempts me to comment., namely: 1) It’s an ” .in ” site 🙂 2) I appreciate the ladies of India ( I guess, I am writing to Alka ) What i would like to plead is ” Please add an index of the topics on a page so any knowledge seeker who arrives here by random surfing/stops by may come up again back to read a article on any topic of electronics he wants to study ” thats all…… I… Read more »

Thanks on your marvelous posting! I qiite enjoyed
reading it, you could be a great author. I will bee surfe
to bookmark your blog and may come back later in life.
I want to encourage one to continue your great work, have
a nice evening!

Thank you for your appriciation

Great article. Just what I was searching for 🙂 Nice job.

Tremmendous things here. I am very satiswfied to loiok your post.
Thanks a lot and I’m loioking forward to touch you. Will you
please drop mme a mail?

I need to to thank you for this very good read!! I absolutely enjoyed every little bit of it.
I’ve got you book-marked to look at new things you post…

Very nice article, exactly what I was looking for.

Some genuinely interesting points you have written.Aided me a lot,
just what I was looking for :D.