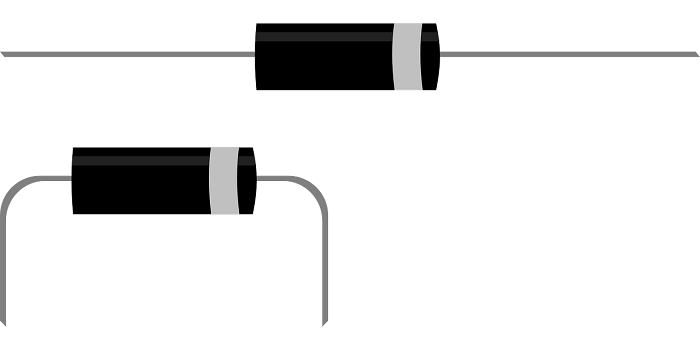 If positive terminal of the battery is connected to the anode and negative terminal to the cathode, diode is said to be forward biased. Diode conducts electricity and current flows from anode to cathode in this condition. 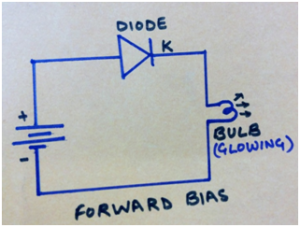 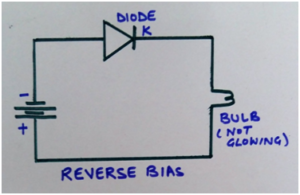 Excellent and simple explanation.. This is what is required